Abstract - Hypotheses: The interfacial dynamics in natural porous media are affected not only by the interplay between viscous and capillary forces but also the solid surface wettability. It has been hypothesized that the wettability alteration induced by changes in the water salinity is primarily caused by electric doublelayer force expansion, which strongly affects the multiphase flow dynamics.
Simulations: We investigate the effect of water ionic composition and surface roughness on pore-scale wettability alteration. Multiphase hydrodynamics is numerically captured by a lubrication approximation describing the evolution of thin-films coupled with a multiscale level-set approach. An oil blob mobilized by water within a single pore is considered as a case study. The effect of brine ionic composition is accounted for by an electric double-layer through the water ionic strength and zeta-potential parameters.
Findings: We demonstrate that high-salinity water thin-films collapse to an adsorbed nanometer layer, leading to a large pressure drop during mobilization of the blob induced by the attractive surface forces. However, low-salinity water thin-films are stable due to the repulsive electric double-layer forces, leading to less pressure drop during mobilization of the blob. The novelty of this work lies in efficiently capturing the nanoscale effects of the electric double-layer in pore-scale multiphase flow displacements. Our quantitative investigations provide fundamental insights into the efficiency of low-salinity waterflooding. 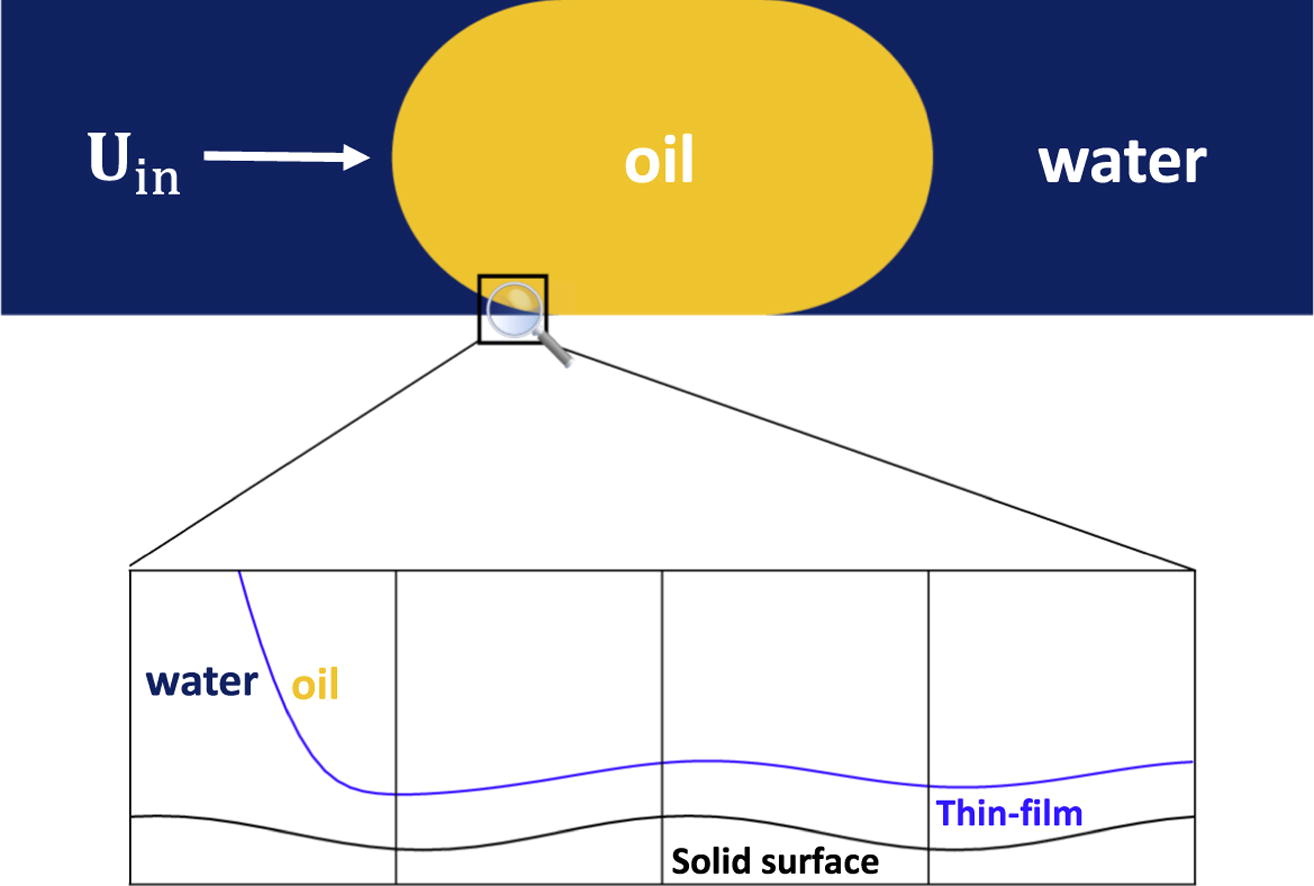 Fig.1. Schematic of a moving droplet inside a micro-channel in the presence of a solid wall with low amplitude roughness. 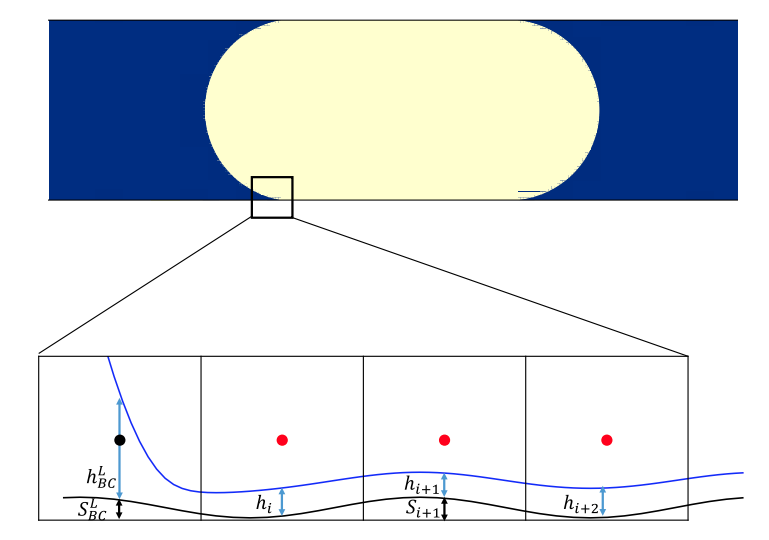 Fig.2. The discretization of the thin-film model near the wall. $h_i$ and $S_i$ are the corresponding film-thickness and solid roughness amplitude at each grid cell. $h^L_{BC}$ and $S^L_{BC}$ are the corresponding left boundary conditions for the thin-film thickness and solid roughness amplitude used in the lubrication approximation. 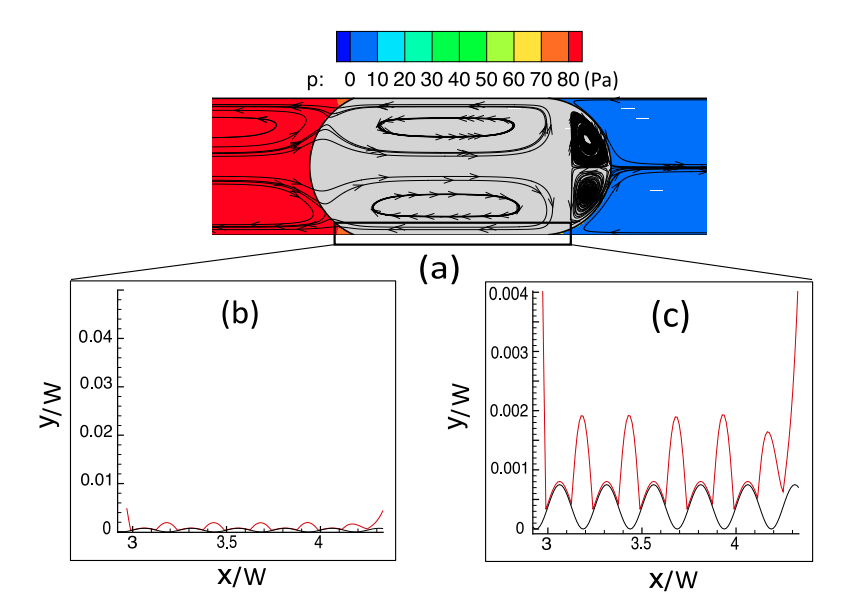